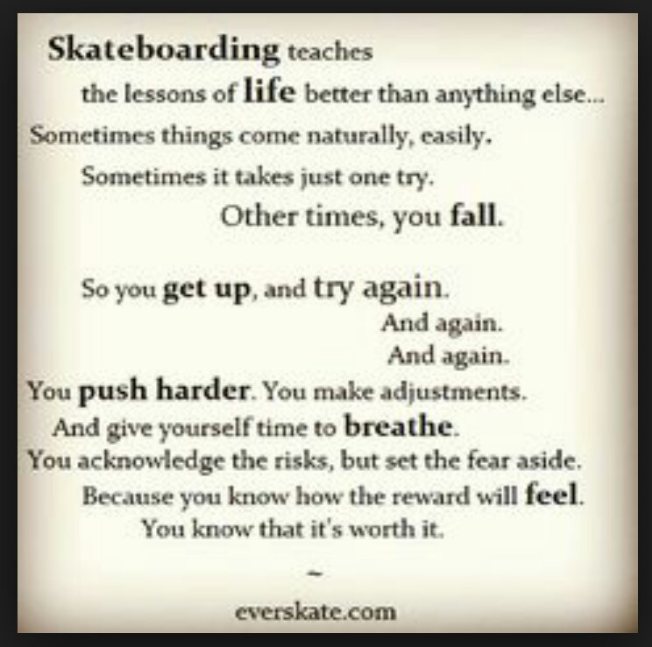 Your brother is in southern Spain with his girlfriend right now, staying in her grandmother’s house on the coast.
I had packaged up and sent out a skateboard to him and they sent this photo to answer my question about whether the parcel had arrived safely. 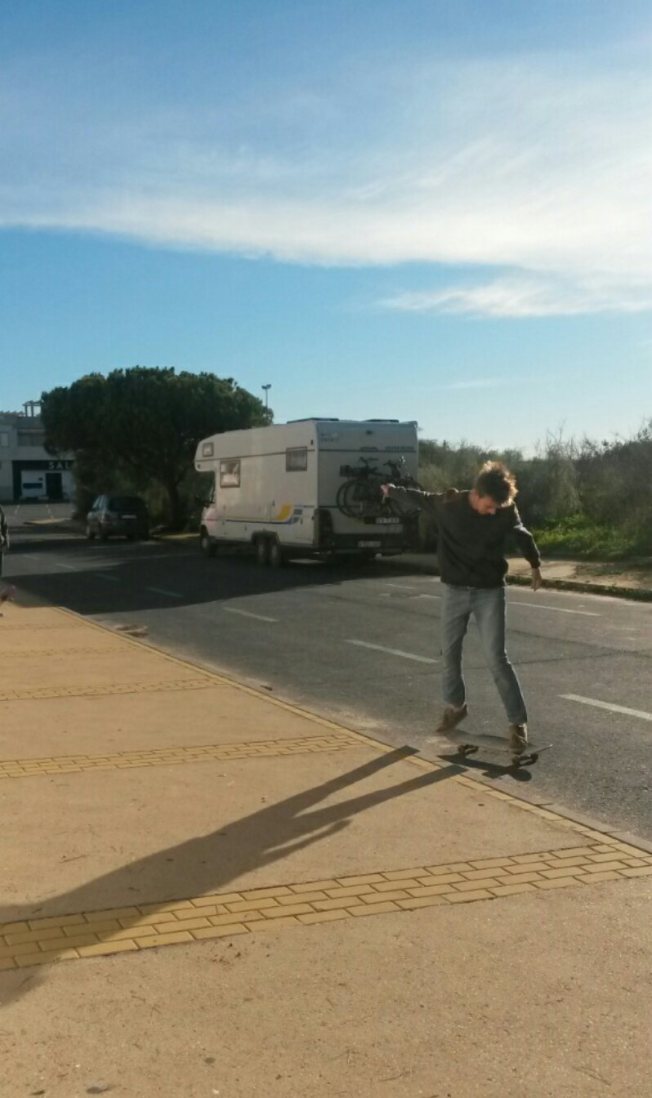 I think we gave you both your first skateboards for Christmas in 1990, when we were living in Australia.
You were five and your brother was three years old.
You weren’t too sure of this mode of transport, but your brother developed quite a flair for it. 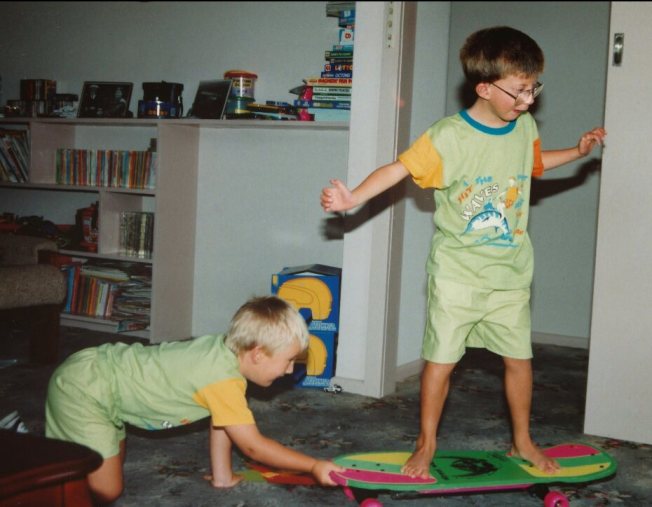 You, standing on the skateboard, being pushed by your brother. December 1990.

When we returned home to England two years later, the skateboards came too.
You used to like sitting on top, rolling down the garden path, sometimes crashing into the back door. 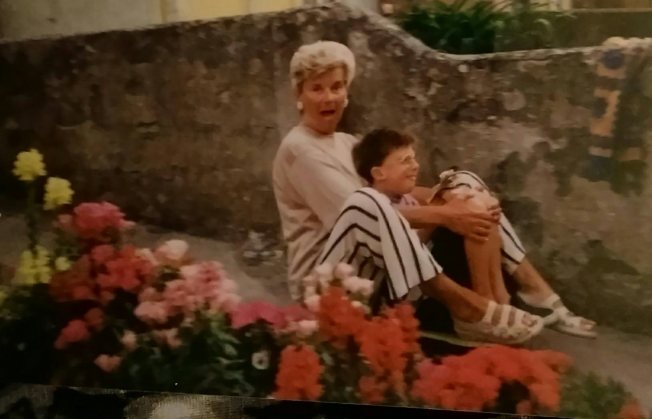 You and Nan rolling down the garden path 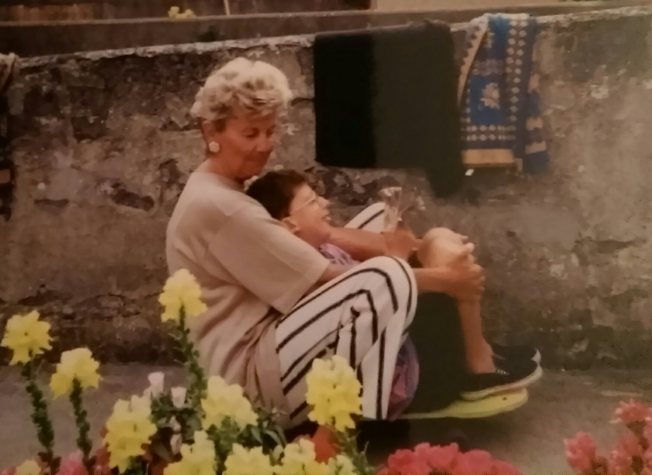 Skateboarding down the path with Nan

Such fun you had.
Grinning and laughing.
Again and again.
Up and down the path. 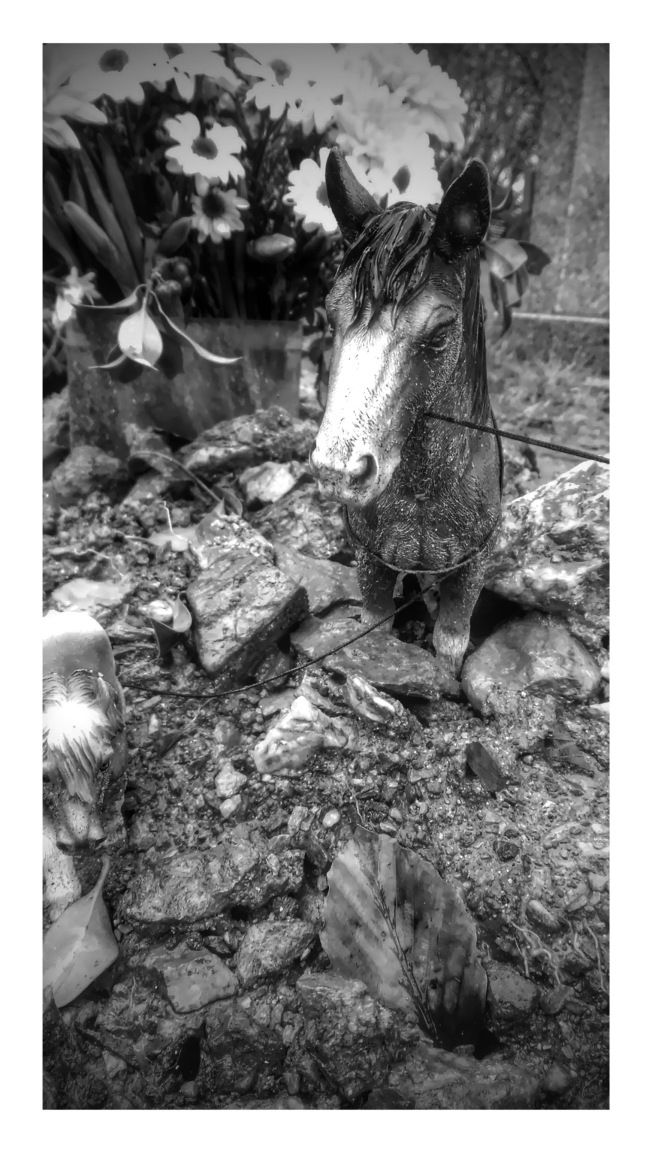 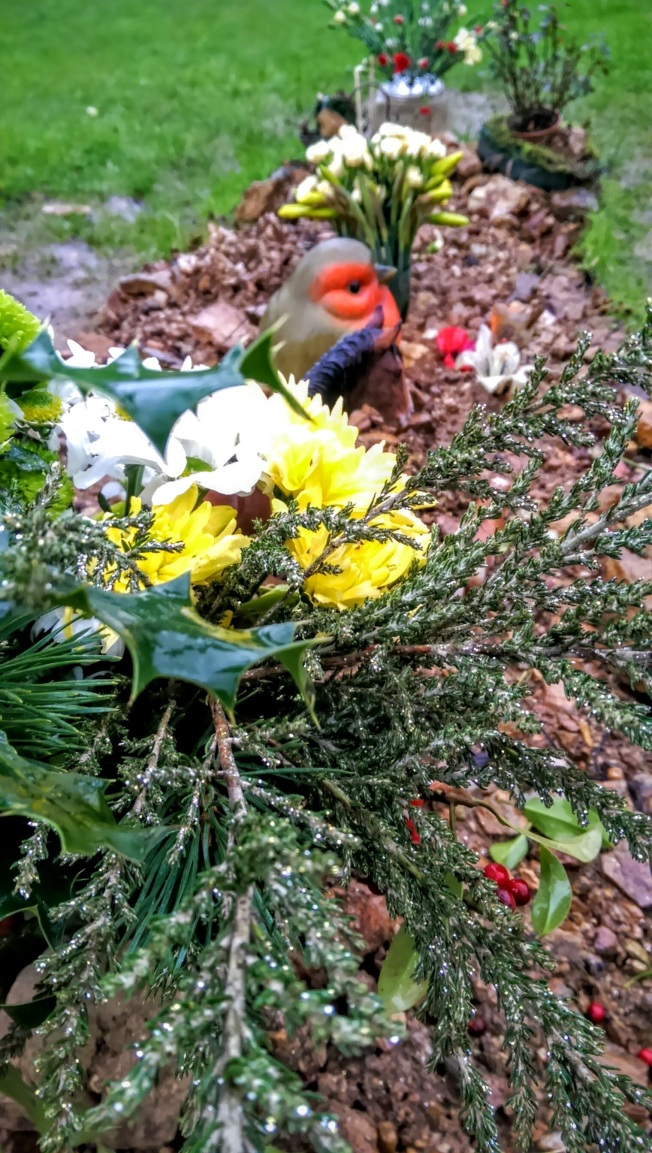